ASP.Net development is one of the most popular choices when it comes to selecting server-side programming languages for contemporary solutions addressing the expectations of the users today. Enterprises heavily investing in information technology are content to leverage ASP.Net as their technology framework to build modern web apps and services.

A study by w3tech.com study indicates that more than 15% of websites relying on server-side programming continue to use ASP.Net Development which follows PHP.

2016 saw the launch of ASP.Net Core 1.0 release. Rather than opting for a minor upgrade, Microsoft opted for a full major release bringing in several architectural changes along with a host of new features. The ASP.NET core 1.0 release announcement, brings in key benefits to the developer and the user communities alike.

Microsoft claims that .NET Core development is best suited for the modern era of software development. Large and complex applications of the past will undergo a phase change with replacements by small and autonomous services with individual deployment.

ASP.Net will continue to evolve in the coming years, supporting new technology frontiers and businesses. In this era of mobility, while Windows-based mobile phones failed to make a significant impact on the market, the new ASP.NET core platform promises to make mobile development exciting. Eventually, ASP.Net technology will be used to develop apps compatible with iPhone and Android.

More releases following the ASP.Net core are slated to come out in 2017. This will increase the number of features focusing on portability, user communication and ease of development. According to Builtwith trends, 16% of websites globally are currently using ASP.Net Development, and this trend is likely to continue in 2017 as well.

ASP.Net possesses a wide array of features making it one of the best development platforms today. The further consolidation with ASP.Net core takes this platform to a completely new level altogether.

The Advantages of The New ASP.Net Core

ASP .NET Development is not just about scripting, they come with multiple tools like C#, Visual Basic, Visual Studio and more. The framework is developer-friendly and significantly reduces development effort as well as the amount of code required to build complex applications.

With the Visual Studio designer complemented by a rich toolbox, the ASP.Net framework gives the best possible development environment.

The framework environment lends simplicity as it is extremely easy to perform routine activities like client authentication, deployment, site configuration, form submission, and other activities.

As configuration information is built-in, developers need not register components. Furthermore, when it comes to developing actual program logic, the developer has more than twenty options like C#, Jscript.Net, VB.Net and more

Xamarin integrates seamlessly with Visual Studio, part of Microsoft’s .NET framework ensuring that Visual Studio can be put to use for Android as well as iOS development. Xamarin has gained popularity over the last few years because of the code reusability across mobile devices.

Xamarin uses C# programming language, again relating it to the .Net framework. Code conversion & import is simple with Xamarin, and same-day support is also made available for new OS releases.

All in all, with cross-platform development being the road ahead for the future, .NET developers can build applications compatible across multiple platforms with ease and comfort.

The new Kestrel web server is flexible enough to run behind a host processor within IIS host handling more than 5 million requests per second.

By the virtue of being a Microsoft product, ASP.Net applications are bound to be highly secure. ASP.Net relies on the application-level configuration as well as built-in Windows authentication for security and lives up to the standards set by Microsoft.

With the ASP.Net development framework, the HTML and source code are bound together making the pages easy to maintain & write. The server is responsible for source code execution providing a lot of flexibility & power to the web pages.

The ASP.Net runtime also keeps a close eye on running processes, hence if a process suddenly dies down, a new one takes its place immediately allowing the application to continually handle requests. The web server also monitors the applications, components and pages, and for any discrepancies like memory leaks and illegal loops by restarting itself to destroy such activities.

It is now possible to build and deploy ASP.Net applications on the cloud. Microsoft has been promoting Azure cloud, so it comes as no surprise that .Net based applications are blended in with this technology.

Using an ASP.Net MVC front end & Azure SQL database, multi-tier .NET based applications can be seamlessly deployed on the cloud.

ASP.Net development framework is predicted to remain a popular choice among developers across all industries, and play a pivotal role in building applications and software offering solutions for modern technologies like Big Data & Internet of Things, IoT.

This will be made possible by the scalability & flexibility of ASP.Net applications, and the powerful Microsoft IIS server that has gained tremendous popularity in the last decade when it comes to web hosting.

ASP.Net – C# is compatible with Unity framework, one of the pioneers of Augmented Reality & Virtual Reality applications. Today, multiple vendors that manufacture VR & AR headsets are using Unity at a platform for application development. ASP.Net developers can now build seamless applications for Samsung devices with the launch of Tizen, a modern open-source operating system that empowers Samsung refrigerators, televisions among other devices. 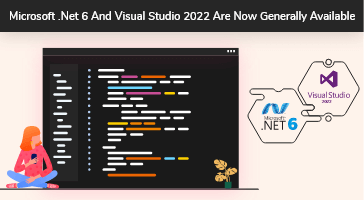