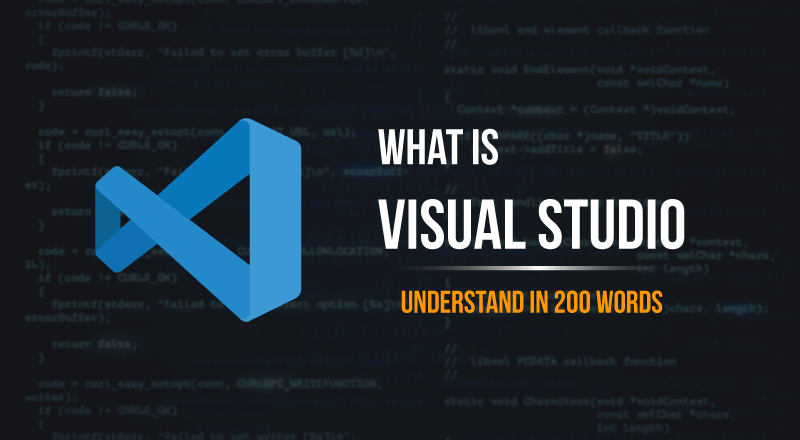 Visual Studio is an integrated development environment (IDE) from Microsoft.

It’s open-source and runs on major platforms like Windows, Linux, and macOS.

It includes every required aspect to build software including write code, edit, debug, test, and deploy.

The Community Edition is a free version of VS and the other two paid – Professional and Enterprise versions are widely used by enterprises to build native as well as managed code.

It eases modern software development with faster development, easy deployment, and freedom to choose from a broad range of languages and tools.