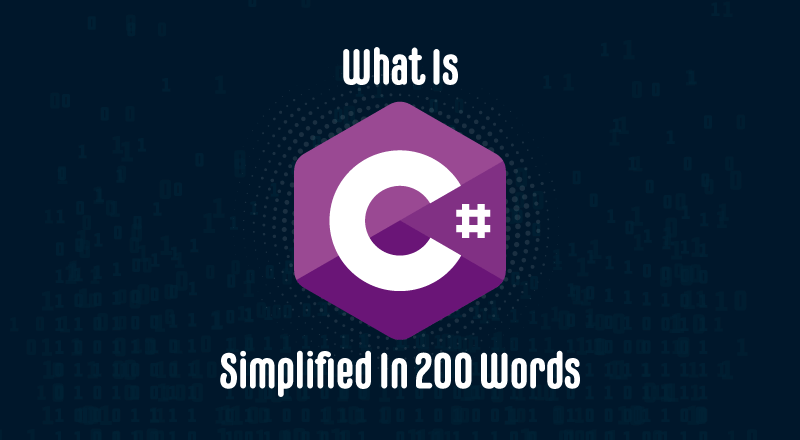 Key characteristics such as declarative, event-driven, strongly-typed, functional, flexible, and multi-paradigm are making C# one of the most popular programming languages among developers.

It’s approved as an international standard by ECMA and ISO.

It’s syntactically similar to languages like Java, C++, and C.

It is a preferred language for distributed environments, embedded systems, and game consoles. C# is the first choice of developers for building Microsoft apps.

It is continuously evolving with the support of a large Microsoft community.