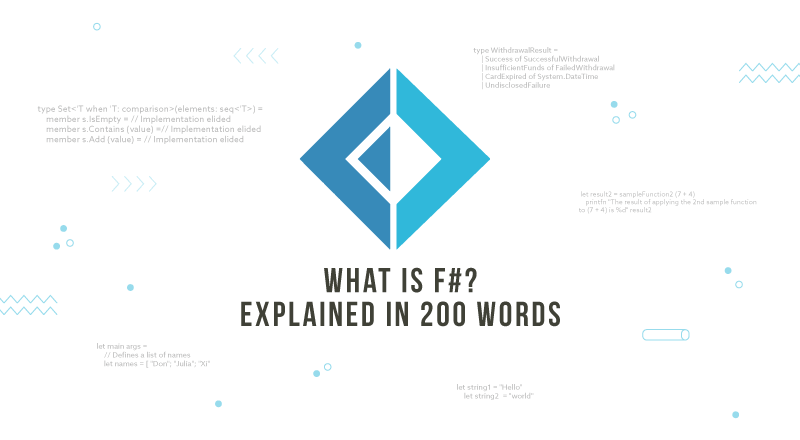 Originally, F# was accessible only on Windows, today its spread across disparate environments. It can easily work with other .NET components.

Being collaborative and cross platform in nature, F# is capable of handling difficult situations with its robust coding. It is considered ideal for enterprise-level development, technical arenas and data analysis.

Though Microsoft is the original creator of F#, the F# software foundation (FSSF) is the one in charge of endorsing the language across communities. Being completely committed to F#, it takes care of the promotion of the language and building a vast community of developers. It possesses an effective mentorship program, free for anyone to join.

F# 4.7 was announced recently around September 2019, along with the .NET Core 3.0 release. It allows you to select the language edition for the F# compiler.