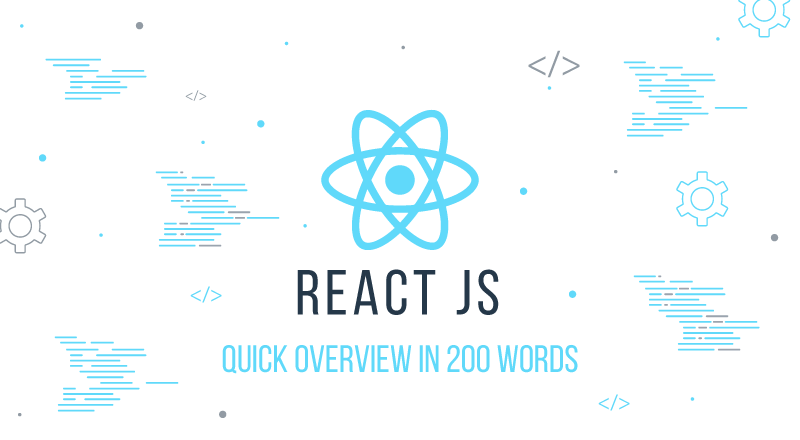 React, aka ReactJS or React.js, is a popular JavaScript library.

React was created by Jordan Walke, from Facebook and open-sourced in May 2013.

Requirements of React Developers are on the rise following its popularity to build UIs easily and quickly.

React skills have become important for developers just like HTML, CSS, and JavaScript. It is one of the most powerful UI libraries and backed by a strong community.

React is often compared with Angular and Vue.js.

Well-structured life-cycle, use of DOM, and component-based approach makes it one of the mostly-discussed modern age JavaScript library.