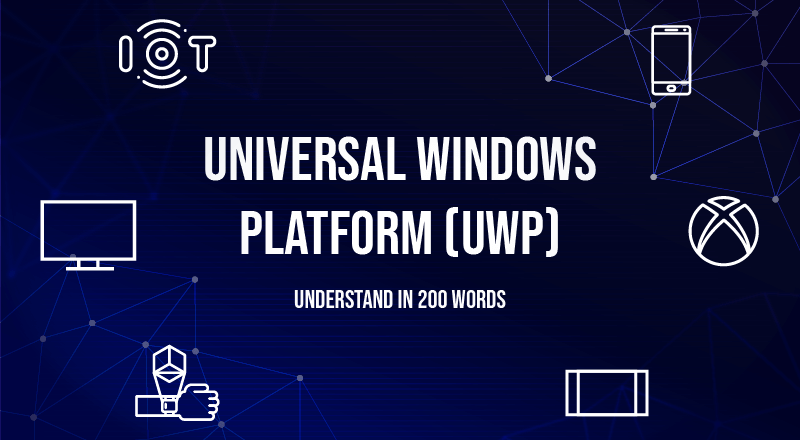 It allows app development for multiple devices without the need to re-write for each platform.

It’s an extension of the Windows Runtime Platform and part of Windows 10 and Windows 10 Mobile.

These apps can be downloaded from the Windows Store.

It’s being used to deliver modern experience through its key features such as style customization, graphic-intensive development, and attractive user interfaces.

Visual Studio is used to develop UWP apps. However, they have also launched UWP Bridges to support Android and iOS apps to be published on the Windows store.