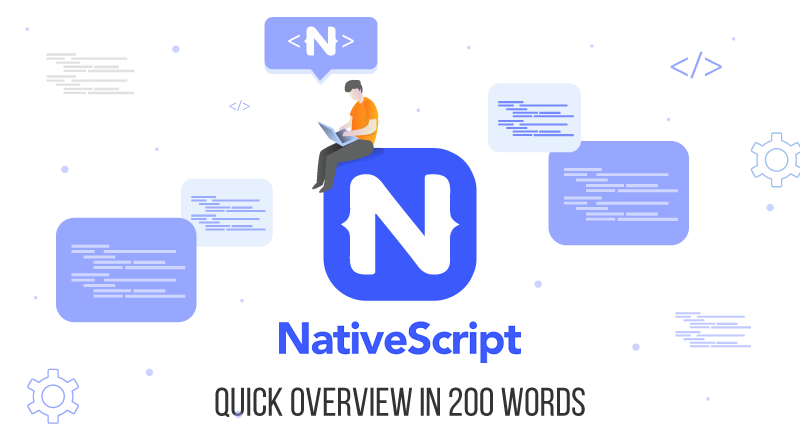 Popular for building truly native apps with JavaScript, NativeScript is one of the widely-used and well-known frameworks for front-end, cross-platform development.

It was developed by Progress in 2014, named a “visionary” in Gartner Magic Quadrant for Mobile App Dev Platforms (MADP).

NativeScript is giving tough competition to the frameworks like Ionic, React Native and Flutter.

Due to the use of XML for platform-independent UIs, Angular and Vue.js integration, reusability of code, and native performance, NativeScript is popular among developers and enterprises.

It offers freedom to choose the architecture based on the requirements.

A Good Read: React Native vs. NativeScript vs. Ionic