Post pandemic, AI has become one of the top agendas for businesses as it offers enhanced customer experience, resilience, and reliability. With the advancements in machine learning, data analytics, and conversational AI, companies are finding it feasible and affordable to deploy AI tools that allow them to solve problems and increase efficiency.

Building an AI solution not only requires a clear set of requirements but also the right selection of technologies and AI programming languages that make AI development practically possible and smooth. To make the selection easier, here we are with the top 10 best languages for ai that are widely used to develop AI applications across a wide range of industry segments. 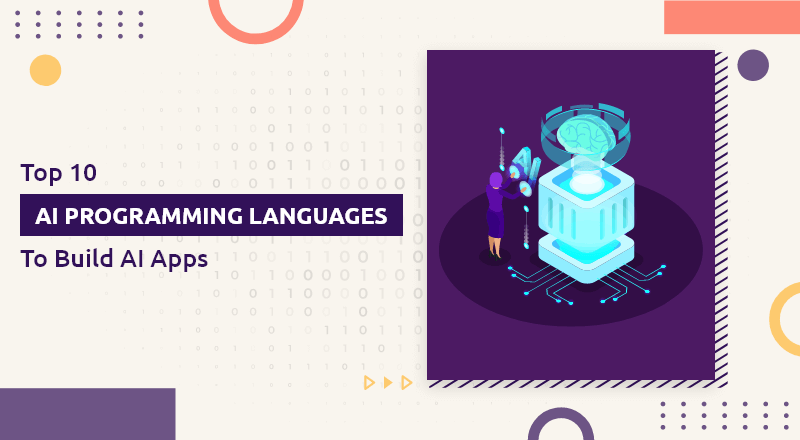 Let’s see how these languages are considered the best programming language for ai apps and solutions. Also, note that AI development may require a combination of languages and tools to develop a solution that has various objectives and requirements.

Python is an interpreted, high-level, and general-purpose programming language. It is one of the most popular programming languages widely used in AI and machine learning apps, data science applications, web apps, desktop apps, networking apps, and scientific computing. It is a great choice for AI apps as it offers a rich set of specialized libraries such as Keras, Pytorch, Scikit-learn, MXNet, Pybrain, and TensorFlow.

Python’s rich text processing tools, simple syntax, and scripting with modular architecture make it most suitable for natural language processing (NLP) and AI apps. It is easier to get started with Python because code is more readable, concise, and clear.

Python is used by a large number of companies and organizations across the world. It is extensively used in apps and programs in deep learning, AI, network security, numerical data processing, and scientific calculations. Python’s large standard library is one of the main strengths of Python. Python is backed by a very strong community and it has gained a vast number of admirers, users, and contributors.

Java has been consistently among the top programming languages in use for many years. Developed in 1995, Java is high-level, class-based, and object-oriented programming language that has created history with its write once, run anywhere (WORA) principle.

Java was developed by James Gosling at Sun Microsystems and is now maintained by Oracle Corporation since Sun Microsystems’ acquisition by Oracle in 2010. It is the most preferred language by all the developers for many applications including client-server web applications, Android apps, AI and machine learning apps, search algorithms, multi-robot systems, server-side programming, and neural networks.

Java is popular for its scalability, platform-independent nature, and presence of JVM that allows compiled Java code to run on all platforms that have JVM installed without recompilation.

C++ is used by – Google, Lyft, Walmart, Accenture, Twitch, Telegram, and many others.

When it comes to statistical programming, R is the language that comes first into the mind. R is very popular for data analysis and statistical computing. It is widely used by data miners and statisticians for statistical software and numerical analysis. R is an implementation of the S programming language combined with lexical scoping semantics and is inspired by Scheme.

R is a very suitable language for a type of artificial intelligence wave where statistical computations are playing a major role. It is considered a standard language for domains such as biology, sociology, medicine, and finance. It also supports deep learning libraries such as TensorFlow, Keras, and MXNet.

R’s capabilities can be extended through user-created packages that allow include many statistical techniques, import/export capabilities, tools, and graphical devices, and so on. This drives the growth of language and helps make it a top choice of data scientists and analysts. It has built-in support for data modeling and graphics that enables programmers to build critical deep learning models with fewer efforts.

R is used by – Facebook, Google, Twitter, Uber, Microsoft, Airbnb, and many domains such as finance, telecom, education, life science, pharmaceuticals, and many more.

Prolog stands for ‘Programming in Logic.’ It is mainly used for AI and computational linguistics.

It is a declarative language and particularly useful for symbolic reasoning, database, language parsing applications, and natural language processing. It was developed in 1972 by Alain Colmerauer and Phillippe Roussel based on Robert Kowalski’s procedural interpretation of Horn Clauses, a logical formula of a rule-like form. It is still used in academics and research as a part of artificial intelligence.

It is not used as extensively as other common languages. It was one of the popular logic programming languages at that time with its usage in expert systems, theorem proving, type systems, and automated planning.

However, Prolog’s potential was not recognized and it was rarely used in commercial applications. Prolog is still used in IBM Watson and some NLP applications.

Lisp was the first language developed for AI. It is the second oldest programming language after Fortran and is considered one of the pioneers in computer science and the implementation of AI. It was developed by John McCarthy in 1958 and there are many dialects available today over the years.

The best-known and popular dialects are Racket, Scheme, Clojure, and Common Lisp.

It is one of the earliest programming languages and quickly became popular in the field of AI.

Lisp offers several features that include rapid prototyping, garbage collection, dynamic object creation, flexibility, information process capability, and so on. It was originally built as a practical mathematical notation for computer programs. This idea makes it more suitable for artificial intelligence and machine learning.

Haskell is a purely functional programming language. It has enabled a number of advanced features such as type classes that have further enabled type-safe operator overloading. This language is named after great logician Haskell Curry.

Haskell is designed mainly for teaching, research, and industrial application. Haskell’s features include lambda expressions, pattern matching, type classes, list comprehension, and type polymorphism. It is considered a safe programming language due to its flexibility and capability to handle errors. Haskell’s main implementation is the Glasgow Haskell Compiler (GHC).

It has influenced many programming languages and it is considered a good language for AI development and research.

Wolfram is a general multi-paradigm, functional programming language developed by Wolfram research. It was a part of the initial version of Mathematica in 1988. It represents advanced programming that enables powerful and high-speed computation possible.

It has over 6,000 integrated, built-in functions that are used for symbolic computation, functional programming, and rule-based programming. It can also employ arbitrary structures and data. It was designed by Stephen Wolfram and used in Mathematica, Wolfram|One, WolframAlpha, and MockMMA.

It is more popular as a computer algebraic language due to its capability to perform arithmetic operations and natural language processing functions.

It was the first graphical language tool to support advanced debugging techniques and code changes during execution in a user-friendly and easy format. It is one of the most influential programming languages and many programming languages such as Objective-C, Java, Python, Ruby, and CLOS are inspired by Smalltalk. A huge number of Smalltalk variants are available.

It was one of the popular languages for agile software development, rapid application development (RAD), and software design patterns. It was highly influential in GUI, font editors, desktop metaphors, and IDEs.

Talking about the AI front, it is not as popular as R and Python but Smalltalk has a strong Pharo community that is growing in the field of AI. Several libraries are already being used for neural networks, NLP, image processing, generic algorithms, and so on.

Rust is a multi-paradigm, high-level, general-purpose programming language. It is syntactically similar to C++ but offers memory safety without garbage collection and reference counting is optional. It was originally designed by Graydon Hoare at Mozilla Research with contributions from others.

It offers performance, speed, safety, and safe concurrency. It has gained popularity as one of the most loved programming languages with increased usage in the industry and large systems. It is widely used by companies such as Firefox, Dropbox, Yelp, npm, Cloudfare, Azure, Deno, Discord, Polkadot, and many others. It is a great choice for AI and scientific computing because of its speed, expressiveness, and memory safety. Google announced support for Rust within Android Open Source Project as an alternative to C/C++.

AI Is The Transformative Technology: What’s Your Take?

In 2022, we will witness more strategic adoption of AI with breakthroughs and AI-literate environments wherever possible. AI continues to push boundaries of what’s possible with the help of data, tools, and programming languages. While we can’t exactly define what’s best as it’s more subjective than selective, we have tried our best to cover top languages that are used to create AI solutions.

The selection of ‘best’ depends on many factors such as budget, your set of requirements, platforms, and talent. But, you can select any of the above to develop your AI-led solution with efficiency, speed, and reliability. 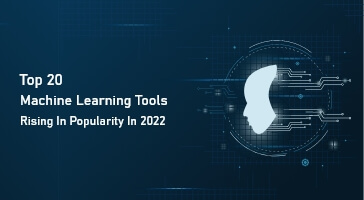 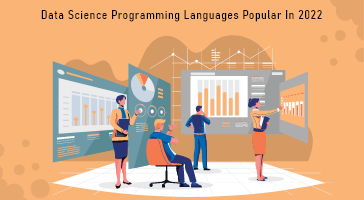 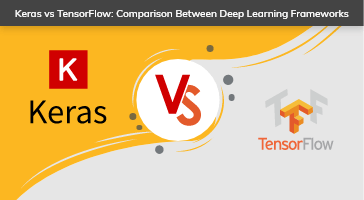 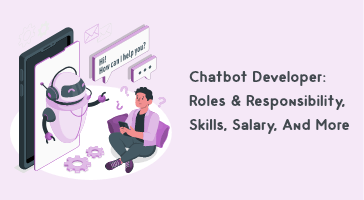