The world of digital transformation witnesses two approaches being compared on a frequent basis – Microservices vs API. Both technologies are key to success for any type of application design and development in the software industry. Microservices is a popular approach that creates an application by breaking the functionality into modular components. APIs are part of software applications that communicate with other apps.

Both said and done, both play an integral role in the software development arena but have their own individual characteristics that must be understood and analyzed to get the best of them. Also, they have proven their worth by working together.

Through this article, let us glance at them individually and then compare API vs Microservices based on certain parameters. Also, it will be interesting to see how they together can work wonders.

Microservices are a novel style of software development through which applications are divided into smaller components. Each small component is known as a service, a microservice in its true sense. Each microservice operates on its own independence as a part of the big system. They may rely on each other for sharing information or collaborating with each other. Microservices are an example of Service Oriented Architecture (SOA).

Microservices are an architectural and organizational approach to software development where software is composed of small independent services that communicate over well-defined APIs. These services are owned by small, self-contained teams.

Microservices are important since they offer a great deal of flexibility and agility to developers. They are the modern-day architecture for software development and by breaking down large components into smaller, independent ones, they offer effective and simplistic application development.

They allow you to communicate easily with developers, offer scalability, integrate different types of services, and provide faster deployment and implementation. As against the traditional monolithic applications where a single unit handled all functions, here, the tasks are managed by separate self-contained services. Hence, instead of filling in all portions of the application in a single program, it is easy to delegate tasks separately and manage them easily. This new style of architecture becomes easy to separate components in case of any issues. The best part is that any hassle with one of the components will not affect the performance and security of the other components. They continue to work their own way, unharmed.

Microservices make it so easy for developing and maintaining applications. Since all individual components are managed separately, it becomes easy for developers to work on them in their own way and then integrate them as needed. They prove beneficial for enterprises since separate teams can keep working on their assigned components. Teams also find it easier to function within confined boundaries, lessening time to work and produce results.

API stands for Application Programming Interface It is an integral part of software applications that communicate with other applications. It consists of a group of approaches and protocols that showcase the sharing and modification of data within two applications. APIs are a part of our modern-day digitization since they catalyze effective communication between applications that may be different in their own ways.

An application programming interface, or API, enables companies to open up their applications’ data and functionality to external third-party developers, business partners, and internal departments within their companies.

APIs reside between the software components and the public domain so that programmers can access them as an interface within applications. They facilitate B2B communication and empower developers to avail application data and use its functionality. Many APIs are created for third parties (public API) and many are created for specific microservices (private API). Certain API design styles include REST, SOAP, RPC, GraphQL, etc.

Also Read: A Comprehensive Guide To APIs – A Rage In Software Development

What Are APIs Used For?

APIs are mainly used for enabling software integration between different components. They help implement a digitization strategy through which newer business avenues can be explored, business competencies can be shared, and higher client value can be created. APIs, being versatile can be created on different containerized services and can use many languages like Java, Go, Python, etc. APIs can be deployed on all popular cloud providers. APIs can enhance the useableness of your service to its best.

Companies That Use API:

Some of the popularly known APIs in different categories like communication, location, entertainment, business, social services, etc. are 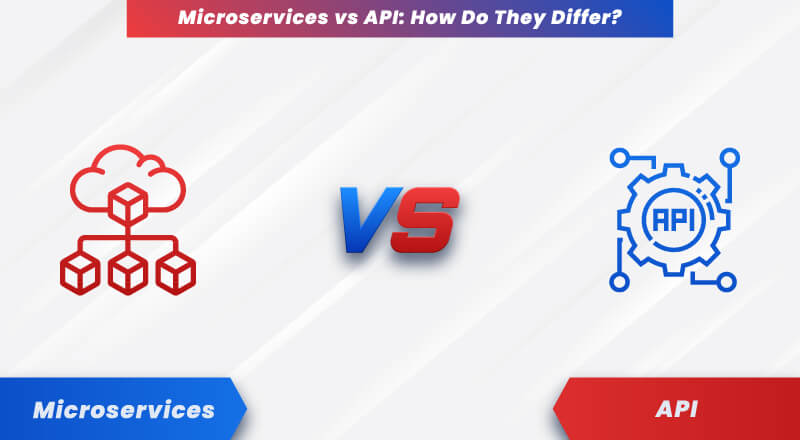 Microservices vs API: A Detailed Evaluation

Can API and Microservices work together? This is a very frequently asked question, and the answer is a Yes.

When we compare Microservice Vs API, the composition of a microservice application itself contains APIs. They work together by leveraging the integration capability of APIs to connect the services of a microservices architecture. Developers make sure that the individual services that compose the software are interlinked with each other. These microservices are from the same software yet independent in execution and that is where the APIs get them together.

As We Wind Up Evaluating Microservices vs API

As we see the significance of Microservices and API on an individual basis, we also do understand their importance when they work together. Depending upon the user requirements, it must be decided whether to choose either of them or in conjunction with each other. As the microservices deal with an approach to create an application breaking down functions into smaller, modular components, APIs deal with communication within applications.

Both are important components of modernized application development. The comparison of Microservices vs API is an interesting one and gets going strong, as the world of digitization accepts them both as two popular technologies. 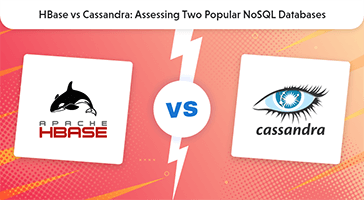