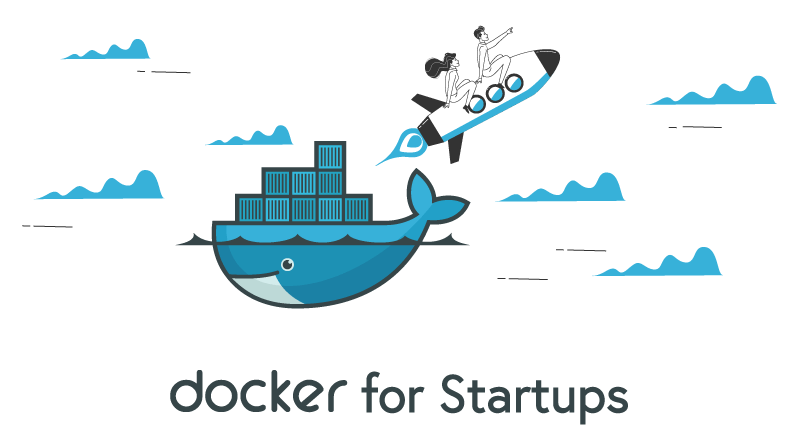 What’re The Basic Requirements Of The Successful Tech Start-Ups?

Basic things necessary for a startup to have a fair chance of survival and success are:

Although this information is available everywhere on the internet, we can’t ignore the fact that 90% of Startups generally fail.

However, there are multiple reasons for failure and some of the common ones are lack of strong idea, poor implementation strategy, business model failure, less focus, and market awareness.

What Start-Ups Must Do To Avoid Failure?

Sustainability of the idea, idea implementation, faster execution, a right approach towards the market, scaling and capability to adopt changes are some of the key parameters to success.

Moreover, start-ups must keep the close eye to adopt modern technology for competitive advantage.  Companies that embrace new technologies to propel their brands can gain a foothold in the market.

According to Forbes, “Today, no company can make, deliver or market its product efficiently without technology.”

And, living in a digital-first era, startup IT solutions or startup IT consulting needs to pay attention to the most innovative and trending container technology like Docker.

It can help the start-ups to execute the process for validating the idea, empower development and accelerate time-to-market while fulfilling all the parameters needed for start-up success.

Faster execution and faster time-to-market is something that every start-up look for, and Docker is the one that can help in making the delivery faster.

So, let’s understand the general idea of Docker.

Docker is a platform designed to create, deploy, run, and secure applications by using containers.

Since its release in 2012, Docker has gained immense popularity in the IT-market. It has revolutionized software development and proven to be appealing to small and large companies in a short span of time.

To understand Docker in laymen’s term, we first need to put emphasis on three segments i.e. cloud, virtualization, and containerization.

Over the times, to host the application, you needed to build your own computer and set up a dedicated web service called server or you needed to opt for the hosting companies such as GoDaddy, BlueHost, etc.

Then, after the years, the cloud computing came into existence, where servers are managed by the companies like Azure, IBM, AWS, etc. and you have to pay for the services you use instead of the entire server.

These companies adopted a concept called “virtualization”, where applications were managed in their own virtual machines and run multiple applications on the same physical hardware.

But, virtual machine being bulky in size, running it leads to unstable performance and booting up the process usually takes a long time. These drawbacks led to the emergence of the new technique called Containerization.

Containers are the standardized unit to deploy a particular application. It packages up an application with libraries, dependencies, and ships it out as one package

So, Docker is a containerization platform that packages application and dependencies in the form of the docker container and ensures that application works seamlessly in any environment.

What Is So Great About Docker?

Organizations are always under pressure to digitally transform their business but are constrained by security, choice, agility, diverse portfolio of applications, clouds, and other infrastructures.

In such a scenario, docker can help to deliver immediate value for your business while accelerating time-to-market and reducing maintenance cost.

Let’s have a look at some of its features:-

Thus start-ups need all these perks to scale-up their business and implementing docker can unlock the potential of every organization.

But, can docker deal with start-ups troubles?

Let’s have a look.

How Docker Can Address Start-Ups Problem?

One of the major concern start-ups faces when developing the application is differences in the environments between production, QA, and development. Even a minor issue in one environment can result in a myriad of problems.

When Docker is implemented, you can achieve consistency in the environments from development to production. This means the environment in which you test is the same as the one in which the app will run in production.  Moreover, having an environment that is constant and well-documented make it easier to keep track of the application and identify the problems.

By using separate containers for each component, you can avoid conflicting dependencies; it will not affect any installations or configurations on your computer. Even multiple projects can be run on a single server without worrying about creating conflicts in the system.

For instance, if there is any malicious code running on that container, only that container will be affected and all other containers remain safe.

When the application gets more complex, it needs to split into discrete units. For instance, your database might run in one container while the front-end part runs in a separate one. This approach makes the app modular; it reduces the complexity of changes or updates and also helps to make an application more agile.

Faster delivery is always a concern for the start-ups; they always need to respond quickly to the changing conditions.

Docker containers make it easy to put the new features and functionalities into the production quickly. Moreover, it can even quickly roll back to the previous version if it needs to.

Thus, start-ups can easily implement different strategies as they can have a container up and running in seconds compared to configuring and waiting for a virtual machine to boot up the OS.

Docker containers are much easier to scale as they can be packaged into lightweight pieces of the application and can balance load as required.

Docker Containers can be shipped quickly between different host environments in-case of hardware failure or increased load. Docker does make running multiple of the same things incredibly easy to configure and execute.

Microservice is a small, loosely coupled independent application unit.  If you create many microservices for your application and decide to implement several technology stacks, it may create trouble for you. You will have to manage more environments than the traditional monolithic application.

So, in such a scenario, you can use docker containers to encapsulate each Microservice without limiting the overall performance of the application. Docker containers help you to deploy thousands of microservices with less computing resources.

In Which Situation Docker Is Unsuitable For Start-Ups?

It is okay, to not use Docker for everything. Let’s understand some of the scenarios where Docker doesn’t play a crucial role.

There is no best way to connect containers to storage. Docker Data volumes solve the storage problem by manual configuration and not in a user-friendly or efficient way.

For a high and complex application, pre-made dockerfile is just not sufficient. To successfully manage, the admin needs to have a deep understanding of Linux management, orchestration, config tool, etc. Developing and managing multiple containers on multiple servers is quite time-consuming.

Docker can improve security by isolating applications and containers can break the application into small parts so that one part is malicious, other is not affected.

Yet, there is a security challenge to monitor the moving pieces within the large-scale docker environment. However, you need to evaluate the security risk before adapting docker.

Docker is a platform-dependent and uses Linux only. Though there are many research papers, articles, blogs showcasing support for Windows and Mac OS, it makes the use of virtual machines to run on non-Linux platforms.

Although docker is troublesome in a few scenarios, it enables the organization to achieve goals and deliver flawless user-experience. It is used by millions of developers and IT professionals worldwide.

Still not satisfied? Let’s have a look at its highlights!

Docker by the Numbers

Apart from this, there are many small and large companies who are already implementing Docker.

Can you guess how many companies are using Docker?

Given below is the list of the companies implementing Docker

However, the list is infinite! There are many other companies planning to migrate their existing infrastructure to the Docker Container.

Is Docker Right For Your Start-Up?

Implementing Docker in your organization can help the developers to deploy/undeploy, start/stop, and manage the application faster without any complexity. Docker optimizes the workflow, reduce the time needed to maintain the environment and ease the task of recreating and sharing the environment.

However, using docker depends on the requirements of your project, budget, features, right skills of resources and much more.

What do you think about adopting Docker in your organization? Let us know your feedback in the comment section.

Looking for DevOps Consulting Services?  Connect with us.