Java came into existence 23 years ago.

This so-long survival indicates its ability to meet modern challenges in the development world. It holds a supreme position in the list of most popular programming languages following C and C++, setting the highest usability record with millions of developers and systems.

Not only tech-world but the non-tech world is also aware of Sun Microsystems’ Java programming language.

Java is considered as a go-to programming language for larger enterprises. It dominates the enterprise application development world with its extraordinary features like interoperability and flexibility.

However, the rise of mobile shifted the whole paradigm. Java has been amidst the primary languages in Android app development along with Scala and Groovy. And now, Kotlin has turned the table.

James Gosling, Mike Sheridan, and Patrick Naughton initiated the Java language project in 1991. Java has proven its ability to become one of the popular and powerful programming languages for the corporate world.

It’s not a ‘legacy’ language as people are still using it in their development environments. Leading job portals consider ‘Java’ language in the index of most-demanding programming languages due to its simplicity, robustness, and influential approach.

Java’s architectural OOP paradigm and massiveness of code are the two major reasons why many applications are still being written in Java.

Over time, the learning focus has been transferred to the modern and rich languages, but ‘introduction to the programming world’ still involves languages like Java, C, and C++.

With emerging mobile technologies, Java is rated as less mobile-oriented and with slower updates.

Here, one thing you need to keep in mind is that Google’s Android operating system uses Java API packages.

The Java vs. Kotlin debate is in the trend but our question is something different. Do you think using Kotlin in android app development bring you success? How Kotlin is making Android development game stronger?

In 2017, at Google I/O, Kotlin was announced as an official language for Android development.

It’s well-known fact that each and every technology has something different to offer. Updates in the older one and introductions to the newer technologies are not new to us.

Mobile-ready language is the first and foremost requirement of today’s world.

While Java is almost ruling enterprise world, Kotlin is emerging as most loved programming language among Android developers.  Certainly, there should be several reasons behind its popularity over Java.

Java vs Kotlin: Will Kotlin Replace Java? Here’s The Answer 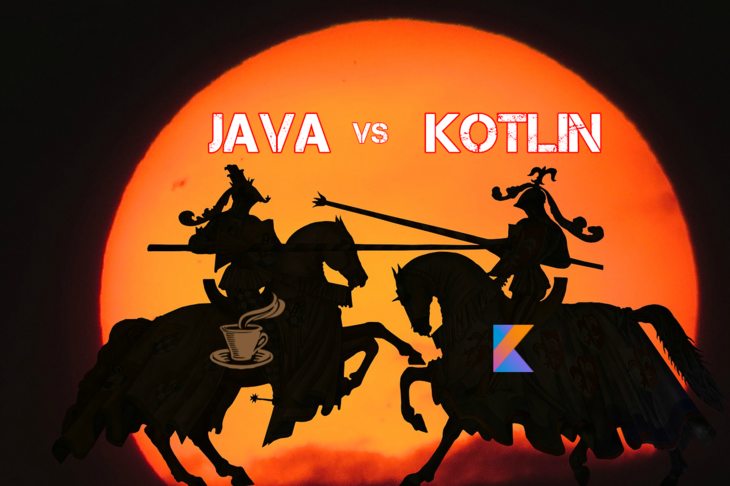 Certainly, Kotlin’s widespread usage in no time indicates its ability to replace Java, but Java’s ecosystem is quite large and Kotlin is influenced by Java to a greater extent. As of now, it seems unfeasible considering Java’s grown-up community.

Java is an object-oriented, widely-used, standard, and stable language in the programming world.

Kotlin is considered a statically typed programming language that runs on JVM(Java Virtual Machine). It is developed by JetBrains and the open-source community. The ‘Kotlin’ name came from Kotlin Island located near Saint Petersburg. It is supported by leading IDEs and compatible for Java 6 or Java 8.

Android is written in Java along with C and C++, and this could be a reason why Android developers are more inclined towards the use of Java. Write once, run anywhere principle of Java suggests that compiled code can run on all Java-supportive platforms without the need of recompilation. This principle contributed a lot in making Java more popular and the second most active language on GitHub.

Here are several pros of the Java language:

There are many advantages of Java that clearly represent its recognition among the developers’ community and enterprises.

In Java, you would require to write more code:

Java is a verbose language. You need to write more and lengthy code that usually contains more errors and bugs.

A similar program in Kotlin:

It’s that simple! Kotlin uses developer-friendly coding structures and norms that are easy to understand and use.

When you consider this example from the developers’ perspective, you will be able to understand why Kotlin is loved by developers around the world. It is concise, effective, and faster compared to Java. Moreover, there will be less chance of errors and bugs, resulting in cost and time reduction.

In case of longer code compilation, Kotlin is preferred over Java

This seems quite obvious. When you have larger applications or a bunch of files to be executed, Java is somewhat less considered in terms of speed.

Speed isn’t truly a significant factor of comparison as Kotlin is fundamentally the same as Java and both generate byte-code.

The speed of compilation depends on the code you write and there isn’t any measurable difference between both languages in terms of speed.

However, the capability to assemble and separate large applications into layers has been an advantage for the Java developers with the extra benefit of faster compilation. On the other side, Kotlin provides a performance boost in some cases.

Kotlin is backed by JetBrains, the organization who also owns IntelliJ IDEA, the powerful Java IDE (Integrated Development Environment) and several others.

This community is dedicated to making android app development smoother, faster, and more effective than it happens to be with Java.

While Java was built years ago when Android wasn’t introduced, somewhere, it lacks a mobile-first approach in the development.

Take a look at the comparison of features (developers’ perspective):

Kotlin is interoperable with Java, meaning that you can leverage all existing Java libraries, JVM, and frameworks.

The developers who know Java can easily learn Kotlin. Switching from Java to Kotlin does not have much overhead and adopting it doesn’t cost anything.

Who Is Using Kotlin in Their Development Environments?

We have discussed the advantages and features of Kotlin. Now, we are moving forward with its drawbacks:

Kotlin vs Java: What Should You Choose?

Certainly, Kotlin can give a competitive edge. It saves your time and efforts in development achieving faster time-to-market of your app.

Remember, Java is still here and a complete shift to Kotlin seems impossible as there is tons of code already written in Java.

A comparison is always subjective.

There are many factors and perceptions that matter a lot when we compare any languages, frameworks, or tools. We know that Kotlin is based on Java and you can’t actually compare both these languages due to an influence of one on the other. Many have adopted Kotlin and are enjoying tangible benefits of it, and there are developers who are stuck with Java in android app development. One thing is certain that Kotlin has potential to replace Java language but it may take more time than we imagine.

We are helping entrepreneurs, enterprises, and individuals building their digital presences for over 30 years from now. We are one of the premier Java application development companies out there helping businessmen to scale their business with the help of feature-rich technologies. We hope that you are enjoying our insightful posts. If you have any questions for us, you can ask us via comments or you can share your thoughts on these posts! We would like to hear from you!