Kotlin vs Scala: Which JVM Language To Choose For Your Project?

Java has been a revolutionary programming language across the globe. It has catalyzed multiple other languages over these years. These languages are considered Java’s alternative for effective application development. And the two famous names in the programming world under the JVM language category are Kotlin and Scala. Be it Scala or Kotlin, both have been a developer’s delight with their own bouquet of salient features to offer.

There has been a constant comparison between Kotlin vs Scala, though both showcase their innovative ways of enhancing Java. Kotlin focuses on a better version of Java by reducing the boilerplate code and new features like null safe design. In comparison, Scala offers a flexible syntax motivated by functional programming ideas.

Before we compare them both, have a look at their overview and salient features.

Kotlin is a well-known, open-source, JVM programming language developed in 2010, backed by two known entities – JetBrains and Google. It possesses object-oriented features like Smart Casts, Extension Function, etc. It is an ideal choice for Android users since Android Studio lets app development be done in Java and Kotlin. If you are known to Java, learning Kotlin is easier.

Being a functional language too, it offers good support for high-order functions. Kotlin is a modern language that is used to build server-side apps, Android apps, and much more. It majorly targets the Java Virtual Machine and compiles to JavaScript. It is affected by other languages like Groovy, Java, C#, etc. It relies on the current Java Class library for its syntax. It offers interoperability and safety of code to all its developer community.

Scala is a popular JVM language that is meant for large-scale programs for functional programming. It is interoperable with Java and possesses features like code conciseness, higher-order functions, etc. It supports object-oriented programming, type system, collections, custom control structures, traits, functions, and closures. Pattern matching is a highlight in Scala through which you can make use of the match statement and correspond any type of data or lists with your own types.

It has an extensible and flexible code syntax. Scala is majorly intended to showcase common programming patterns in a sleek, short, and effective manner. Since the object-oriented and functional features are integrated, developers find it easy to explore Scala and its features. It infers type information in an automatic manner. It facilitates turning variables mutable or immutable while declaring them.

Kotlin vs Scala: The Similarities 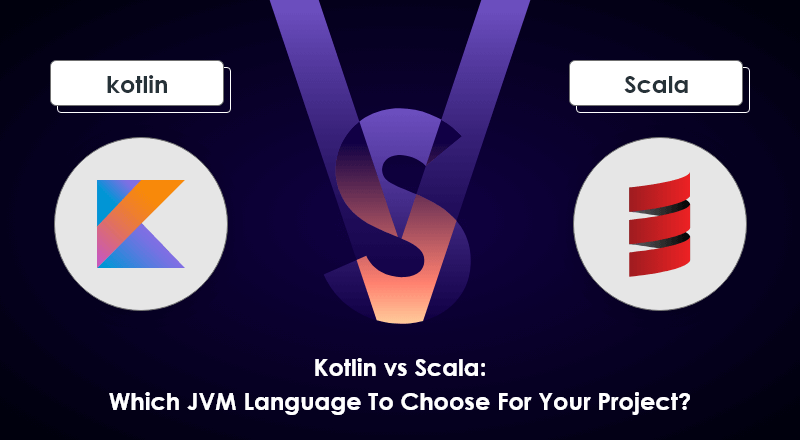 Kotlin vs Scala: An Evaluation Between Two Popular JVM Languages

Kotlin vs Scala: The Bottomline

The debate between Kotlin vs Scala seems like a long one. Kotlin is a comfortable option in an Android environment, however, beyond that, there could be other options. For options like Eclipse, Scala could prove better. Scala IDE is a tad more developed than the Kotlin plug-in, yet it is highly popular amongst Java developers. Being modern, Kotlin is looked at as a better option by developers. Scala is for implementing newer ideas, and Kotlin is for getting the best results.

Be it Scala or Kotlin, both are popular, both are effective, and a developer’s choice.

Finally, it is up to your organizational goals, working culture, and reasons for opting for a Java alternative, that takes a final call. Either one you choose; is a good choice! 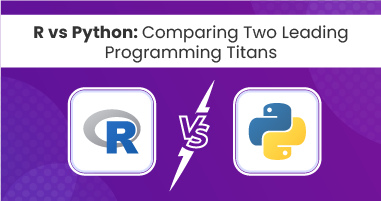