Java is one of the powerful programming languages that is almost 25 years old and runs on everything from laptops, mobiles, data centers, TVs, embedded systems, game consoles to scientific supercomputers.

Here are some numbers that speak Java’s strength in the software development world:

Java is used in more organizations than any other development language

Java is the #1 development language for Microservices

Java celebrated its 25th birthday in 2020 and it is not surprising to say that it has been, and will remain a top choice of developers for today’s tech trends.

Since it runs on a large number of devices and most Android apps are written in Java, practically, the demand of Java developers will not see a decline soon. Java is not only popular for Android and the web but it is a preferred choice for DevOps, AI, serverless functions, continuous integration, chatbots, big data, and mobile. Despite several modern programming languages having their separate user bases and applications, Java development still has its unique charm and a massive ecosystem of Java products and technologies that are almost impossible to replace. Old is gold, remember? 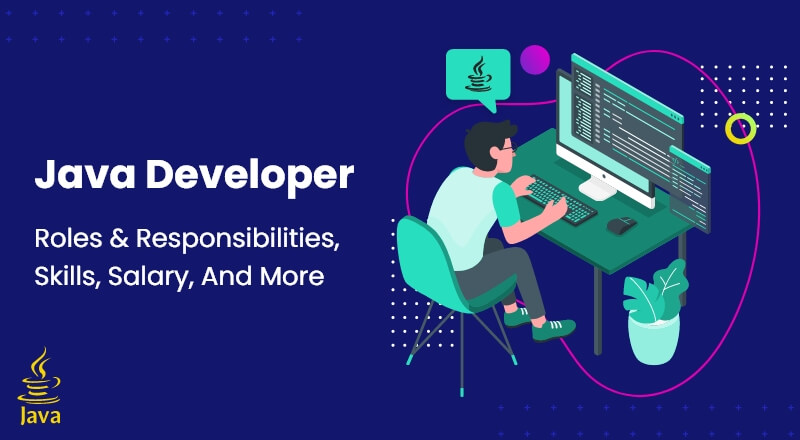 Roles And Responsibilities Of Java Developer

A Java developer is a person who specializes in Java language and works with software engineers, designers, and developers to build apps, websites, and software products using Java.

These above-mentioned responsibilities are general and may vary based on the requirement. Java is used for web, mobile, backend, and many other platforms. But the basic role remains the same – utilizing Java programming language to build great products.

Now, let’s look at the skills you require to become a Java Developer.

The above list contains several soft skills that are not tied to a specific job role. A job description of a Java developer requires specific tools and frameworks as a part of the requirement.

Java developer is one of the highest-paying and rewarding jobs worldwide. Let’s see how much can you make if you are a Java developer.

Java Developer Salaries: How Much Can A Java Programmer Earn?

According to PayScale, The average salary for a Java Developer in India is ₹4,55,654.

The national average salary for a Java Developer is ₹4,91,020 in India according to Glassdoor salaries.

If we talk about the United States, the average salary for a Java developer is $102, 927 per year.

The average Java Developer Salary in the United Kingdom is £36,572

We all know that salary of a Java developer depends on many factors such as expertise, experience level, skillset, and location. It keeps changing from company to company based on the use case.

As it is one of the old and popular languages, you may find the interview and selection process of Java developers competitive and tricky but with preparation, confidence, and knowledge, you can nail the interview.

Due to a large ecosystem of products and frameworks, interview questions greatly differ and may include questions related to java web development, app development, backend programming, and specific framework.

First and foremost, Java is easy to learn and use. Enterprises like using Java because it is a performant, reliable, and stable language. Secondly, it is easy to find Java developers compared to other programming languages. Big companies are hiring Java developers to leverage the open-source ecosystem to modernize their applications and build new ones. Java community is continuously thriving and there is an extensive ecosystem of libraries, tools, and frameworks. Java is heavily used for back-end programming because of its resiliency and scalability to handle concurrent users.

You can easily set up a team of dedicated Java developers in very little time. Longevity and suitability for diverse application types are the two prime reasons why large-scale industries hire Java developers. It’s pretty obvious as they seek language which is mature, scalable, secure, and modern.

What Is The Future Scope Of Java Developer?

The future scope of Java developers is very broad and rewarding. They are one of the highly demanded and well-paid job professionals worldwide. For those who are just starting with Java or want to make a career in Java development, there are excellent sources and immense opportunities to go further in this path. Depending upon your qualification, interests, and skills, you can go for technical roles and managerial roles such as technical architect, project manager, full-stack java developer, and so on.

This role involves more than just coding – you need to learn and unlearn concepts, frameworks, and tools coming in your way. A Java developer is considered versatile as they tend to work with a myriad of technologies. Java is the best option for enterprise applications and large-scale industries. It is used by a large number of well-known brands and organizations combined with other technologies and modern cohesive infrastructure.

On top of all, android apps are built using Java – you can imagine the market trends and shares Java enjoys. Even if you learn modern languages and tools, Java will be there as your base. The future scope of Java developers is indeed great and no one can deny it.

Full-stack developers are in demand. They are capable of working on end-to-end software development right from design to development to deployment. A full-stack Java developer has extensive knowledge and expertise to work on front-end and back-end parts of the application using Java technology stack.

In today’s time where software development includes more than one technology and framework, hiring a full-stack developer is an excellent choice for tech-savvy organizations.

As we already said Java is the language of business applications, it is widely used in backend systems, portals, websites, and mobile apps. Java’s “write once, run anywhere” (WORA) principle makes it one of the most popular and most-liked programming languages globally. It was developed by James Gosling at Sun Microsystems in 1995. Today, Java is a part of the Oracle.

Java consistently performs better. More and more organizations are turning to Java to modernize their stacks and improve performance. Many tools and even programming languages are built using Java. With over two decades in software development, it has proven its stability and ability to withstand the ever-changing tech world. If you are getting started with Java, we wish you a bright future ahead. And if you are a senior Java developer, we suggest that you learn different skills to be able to get more lucrative and satisfactory roles ahead.

We would like to hear your stories if you are a Java developer and developing a diverse range of applications. You can share your views via comments below! 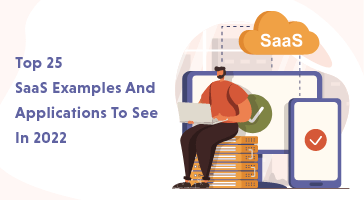 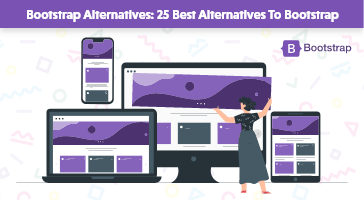