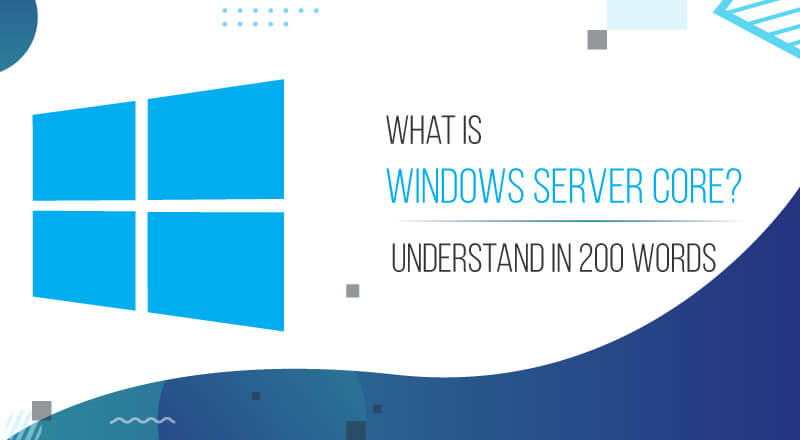 Microsoft has offered the Server Core version since the year 2008 along with Windows Server 2008 edition.

True to the term ‘Core’, it consists of a set of minimally needed basic features to execute Windows Server.

The Server Core version is a great replacement to the traditional complete GUI enabled version.

This is the main reason as to why the Server Core is smaller, more convenient and easier to handle, as compared to its traditional version.

Since it is smaller in size, it needs lesser storage space, uses lesser memory and promises higher inbuilt security.

Hence, organizations that need to have increased number of servers, should go in for Server Core implementations.

The latest move is that Server Core is substituted with Nano Server in the version – Windows Server 2016. It is thinner and smaller than Server Core, enhanced for usage with the modern-day cloud.