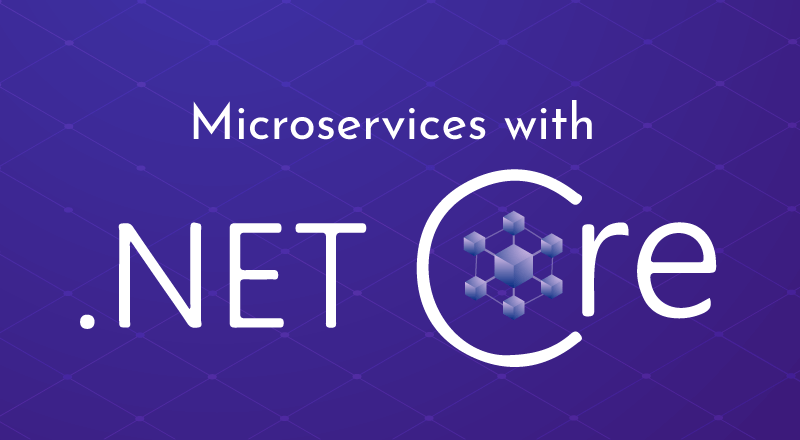 Microservices are the face of the future. Organizations are keen to adapt to Microservices, either by creating a new setup or by transforming monolithic applications into Microservices. Though the inclination towards migrating to Microservices quite high, how to approach the same is yet unclear to many.

On a basic note, Microservices are a software development method that focuses on positioning an application as an assortment of loosely coupled services. It is considered as a modification of the SOA style of architecture.

Microservices are supposed to enhance the pace and effectiveness of the development of software solutions. These services sustain in an independent manner and at the same time, depending upon each other too. It is a methodology that develops smaller services executing in its own process.

Major Components In A Microservices Architecture

Major components in a microservices architecture encompass the following:

Why ASP .NET Core For Microservices?

The onset of ASP .NET Core has been facilitating developers to build cross-platform Microservices with .NET on different operating systems, with easy deployment to the cloud.

There are many reasons why ASP .NET Core Development is well-liked by one and all – its open-source nature, assists well in implementing high-performance solutions, runtime cross-platform assistance, faster development, cloud-based environment configuration and more.

The fundamental viewpoint on which Microservices and ASP .NET Core are based is quite comparable to each other. Since .NET was amongst the earliest to create applications based on the Simple Object Access Protocol, its methodology is considered like modern-day microservices architecture.

ASP .NET Core has in-built assistance to create Microservices with Docker-based containers, in the form of APIs that swiftly consume Microservices from any type of app.

Let us now see in detail, the key attributes of ASP .NET Core development and its preference for creating Microservices:

Any ASP .NET Core app can be put inside a Docker container. Even the traditional software supported the container technology. But the latest version of the same allows for a higher quality image and that too, in a faster manner.

Its compatibility with Kubernetes is an added feature in the cap of ASP .NET Core which is why it can leverage all Kubernetes features and develop the Microservices efficiently. Even creating Microservices with Docker is an effective option, thanks to all the detailed documentation available.

ASP .NET Core supports multiple operating systems and is compatible with the cross-platform technology. The earlier version was restricted, but now the latest one supports cross-platform. For microservices, it is important that it is independent of any platform or architecture.

With time and newer versions, the latest releases of ASP .NET Core have been getting faster, better and more secure. The latest surveys have pointed out the fact that its performance results are getting better and better. There has been increased constancy over the releases that have happened over the past few years.

The basic nature of ASP .NET Core supports cloud scalability. Any type of Microservices that is built using this technology is sure to execute seamlessly on all important cloud-based services. For e.g., Azure is one cloud technology that can be recommended since it has been developed especially for the .NET community.

The two fundamental properties of ASP .NET Core – its modular nature and its light weightiness are key to choosing it for developing a container-based Microservice application.

On a Closing Note

ASP .NET Core Development has been proving its worth, in the IT market and is, successfully being considered apt for creating Microservices. There are many programming languages that can be chosen to build an ideal Microservices architecture, but ASP .NET Core has turned out to be the ideal choice. Showcasing ASP .NET Core’s worth isn’t that difficult. It is a proven fact!