Microservices are now the ‘new normal’ for developers and organizations due to their wide-scale adoption. For every developer, especially Java developers, Microservices have become one of the important skills.

Let’s start with an overview of Java Microservices. 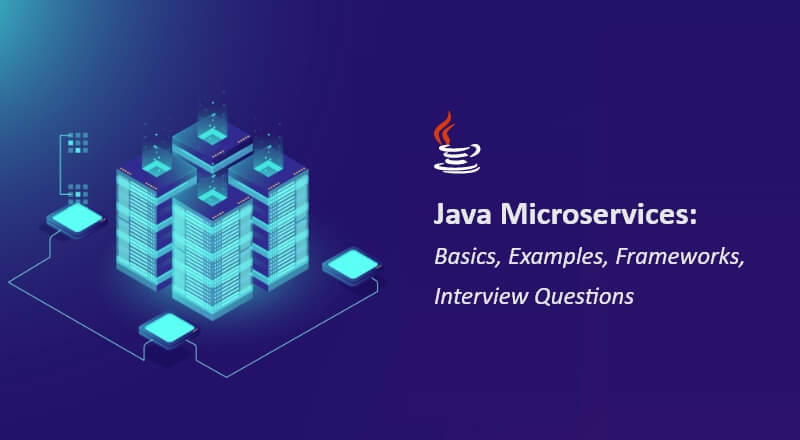 What Are Java Microservices?

Java Microservices refers to Java application that is composed of small, independently deployable, and loosely-coupled services.

To understand this better, let’s first know what Microservices are. 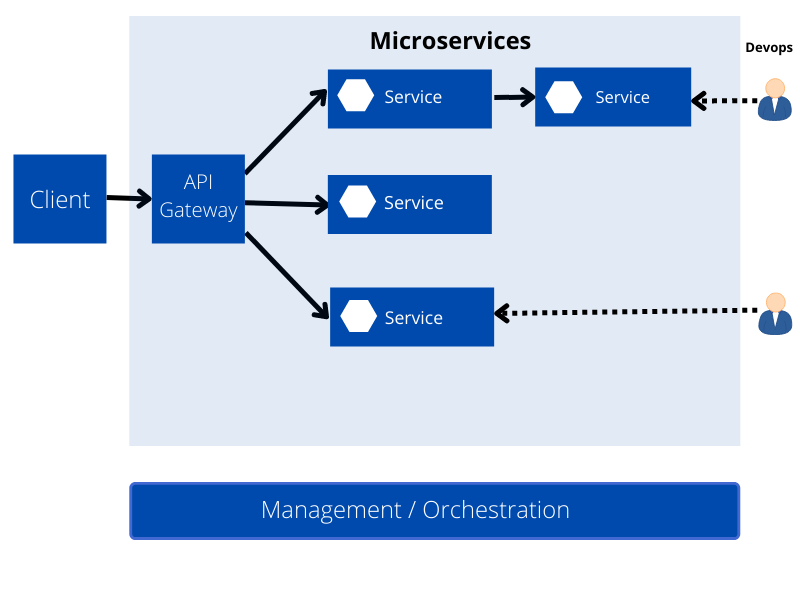 The microservice architecture allows the development of an application as a set of separate services. Different services can be written in different programming languages and managed by cross-functional teams. Each service is independently deployable and scalable, hence provides greater governance, scalability, and reliability.

What Makes Java A Good Choice For Microservices?

Java is the best language for microservices.

Microservices can be implemented with a number of frameworks, tools, and languages. Java is one of the best languages for microservices apart from Python, C++, Ruby, and Golang.

Here are some factors that justify why we use microservices in Java. Later, we will see how microservice architecture is useful and what benefits it offers.

Annotations in Java are developer-friendly and easy to read. While you use microservices in Java, these annotations make things easier for the developer. In addition, many Java EE standards support microservice architecture such as JPA for data handling, JAX-RS for APIs, CDI(Contexts and Dependency Injection) for component and lifecycle management, and so on.

Java is more suitable when working with complex systems because of its readability. The structure of the Java application development is designed in a way that it supports developing and deploying microservices without additional overhead.

Java exists for over a long period of time.

Being one of the old and widest communities, Java has a huge number of resources, libraries, and frameworks. Java is predominantly used for enterprise application development, backend development, web applications, mobile, big data, cloud, AI, and scientific apps.

Because of JVM, Java applications are platform-independent. This makes Java widely useful and one of the most popular programming languages running critical applications worldwide.

It is easy to find developers in Java. Also, microservice is one of the important skills for Java developers as Java-based microservices are easy to scale and widely used by organizations.

These frameworks simplify the configuration and setup process and also help developers with communication between microservices. Other publish/subscribe systems are also useful for building microservice applications.

Java is extensively used in Microservice or we can say vice-versa. Many enterprises use Java and they require constant changes in order to meet modern-day challenges. If they want to adopt new technology or a framework, it will require a rewrite of an entire application. This would not be a feasible option as it requires time, resources, and cost to develop, test, and deploy large applications.

New updates are often required in a modern-day environment where more than one technology or tool is being used. In this case, choosing microservice architecture in Java help you deliver new features quickly, ease complexity, achieve scalability, and allow you to choose the best technology stack that best fits your requirement.

Now, let’s quickly go through the benefits of microservices architecture.

Microservices allow a developer to choose the right tool or language for a particular task. The constantly changing technology landscape, modern-day business demands, and a constant race to provide users with the best user experience – these all significantly contribute to the frequent changes in software development.

With microservices, developers can choose different technologies for different services. This is useful when you want to adopt new technologies and tools to meet demands. This would not be technically easy if it were a monolithic application.

If one of the components of the application fails, it will less likely impact the entire stack. Each microservice runs independently and that improves fault isolation. If this were a case in Monolithic, one change needs redeploying the entire application. Frequent changes and deployments are easier with Microservices.

This is one of the key advantages of microservices. There can be multiple, distributed, autonomous teams, each is responsible for developing and managing one or more microservices. Cross-functional teams can collaborate and develop microservices independently, resulting in faster development and increased productivity.

Remember the divide and conquer rule? Yes, that perfectly fits this scenario. Each microservice is relatively small, independent, and easier to change. This means microservice architecture offers improved maintainability of code, testability, and better deployment.

This is an example of a Java microservice with REST API. You can create as many services as you want with REST endpoints as per your requirements and architecture.

You might have a question regarding how to develop microservices in Java. Here are some of the best Java microservices frameworks that make your job easier.

Dropwizard is a Java microservices framework for developing high-performance RESTful web services. It provides developers with a set of tools and frameworks for building Java microservices. Dropwizard gathers stable and mature libraries of Java into a lightweight package so you can easily start creating applications.

Spark is one of the best Java microservices frameworks for creating web apps in Java 8 and Kotlin. This micro web framework allows developers to start rapidly and with minimal effort. It was inspired by Sinatra, a famous Ruby micro-framework.

Swagger helps developers in documenting APIs. It is an Interface Description Language for describing RESTful APIs expressed using JSON. It is a set of open-source software tools that allow developers to easily build, design, document, and use RESTful web services.

It is widely used by a large number of companies to deliver great APIs and streamline API development.

Restlet framework helps Java developers create better Java APIs with REST architecture style. It is an open-source framework and is widely used by developers for creating secure and scalable web APIs. It offers powerful routing and filtering capabilities, numerous extensions, and a unified client and server Java API. It is available for all major platforms.

As microservice is a common and widely-adopted software design pattern, it is being considered one of the top skills of software developers regardless of the technologies or frameworks they are working with.

Here are some top Java microservices interview questions that are mostly asked in interviews for the role of Java developer or Java-related tech roles.

If you come across any interview questions related to microservices in Java, you can let us know through the comments.

Java is one of the best languages to implement a microservice architecture and it helps developers achieve fault isolation, flexibility to use new tech stacks, and deliver continuous changes.

Microservices can communicate with each other using an inter-process communication protocol such as HTTP, AMQP, and TCP, depending upon the nature of each service.

Broadly, microservices communicate with each other using HTTP, message-based communication, or event-driven communication. These methods are classified into two categories – asynchronous and synchronous.

Yes, Java is one of the best languages to support microservices architecture as Java offers modularity, well-suited syntax, and standards to implement microservices.

Spring Boot is a popular Java framework to develop Microservices. There are others too – Spark, Dropwizard, RESTlet, Swagger, and Jersey.

A good practice is to separate and isolate services and then perform unit testing or integration testing on complex architecture. You can use JUnit to test microservices as individual units. At the connected level, you can use dependency injection to accurately test the services.

Microservices are a set of loosely coupled small services and you can use frameworks like Spring Boot, Play Framework, Jersey, and Restlet to implement and develop microservices in Java.

Docker is a top choice for deploying microservices. You can deploy microservices on containers and also use the Function as a Service (FaaS) approach.