Starting a new business is always a head-over-heels act, especially when it comes to a tech startup. Well, we can’t say that because every company looks like a technology company following a technology-driven model of a business.

Every company is a technology company, no matter what product or service it provides. The companies that embrace this fact are the ones that shape our world.

A number of times we have observed that tech startups will sooner get wider attention but miserably fail to keep it intact. Sustainability of idea is one of the pain points tech industry worries about at the moment. We are observing a huge rise in tech startups but at the same time, we can’t ignore the number of failed startups so far.

Despite our beliefs that our ideas are unique and mind-boggling, only an idea is not sufficient to survive. That’s the reality of today’s world. Along with the idea, one needs proper implementation, marketing, plan of scaling, and capability to adopt changes.

It is quite obvious that failures are unavoidable. Lack of strong idea, poor implementation strategy, and market awareness often considered as major reasons behind the failure of startups.

Talking about tech startups, your idea is the first key factor for success and selection of technology for a startup is second.

Apparently, there are more influential factors like budget, market-need, team, strategy, and effective go-ahead plan to call it a success.

The abundance of technologies made it complicated to decide suitable technology for the startup. In fact, choosing the right framework or technology is a tedious process. Each day we get in touch with a new framework, tool, or technology that has something different to offer than others.

Planning Your App Is Associated With Some Serious Challenges Like:

Right from the plan to marketing and maintenance, startups can’t afford to overlook any factor mentioned above.

“Ideas are easy. It’s the execution of ideas that really separates the sheep from the goats.”
― Sue Grafton

User experience and use of advanced technologies are certainly playing a bigger role in any startup app development. Making most out of technologies without spending too much really seems a challenge. But thanks to the modern frameworks like React Native which made development easier, faster, and cost-effective.

React Native For Startups: A New Formula For Success 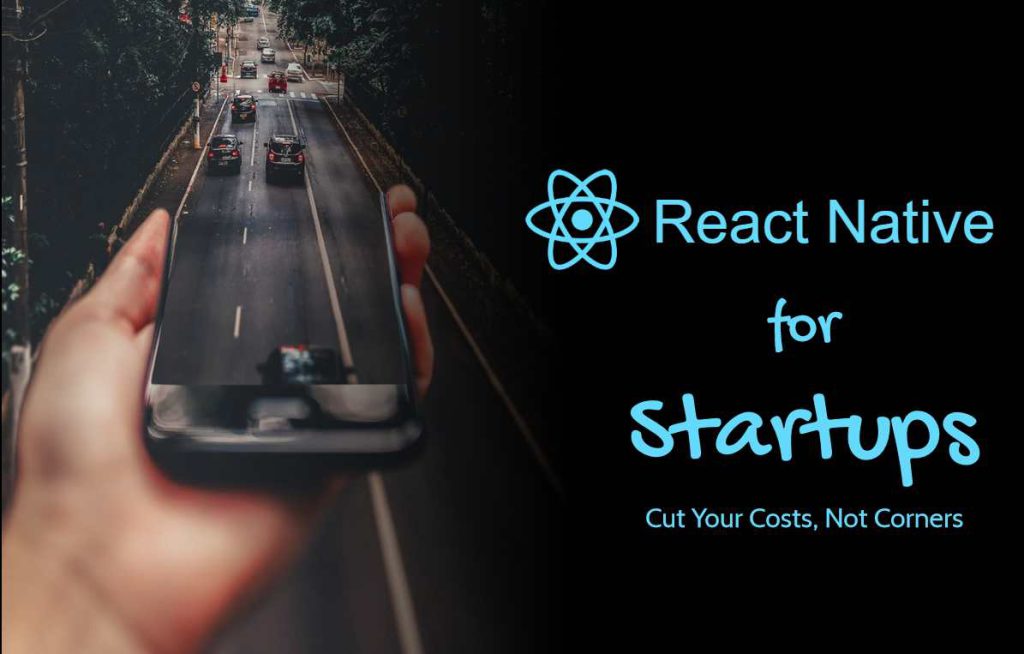 Microsoft already has Xamarin, a cross-platform app development tool to write native Android, iOS, and Windows apps. But recognizing React Native’s capability, Skype is one of the largest React Native applications in the world with millions of users.

Why Do We Recommend React Native For the Startups?

Take a look at the below list of startups who use React Native in the development environment:

The list goes long. From Fortune 500 companies to startups, organizations are capitalizing on React Native App Development to build successful companies from their billion-dollar ideas.

Not only Startups but the giant tech behemoths are also using React Native to become one of the trendsetters out there:

Here Are Several Scenarios You Need To Consider For Startups:

If budget is a stumbling block, ‘write once and run on major mobile platforms’ can help

What’s more, it also helps to grab the attention of investors who consider UI/UX of any app as an important factor. In order to validate startups’ idea, MVP (Minimum Viable Product) needs to be designed emphasizing market analysis and users’ mindsets. React Native helps startups to build MVPs incredibly faster with the use of modern technologies.

React Native for startup app development enables looking after other essential phases of startups including marketing, strategizing, and analyzing. It doesn’t occupy more time and efforts in development as you don’t need to build code for different platforms separately. For this reason, React Native framework is appreciated by the Startup community.

User experience won’t be a problem with React Native

User experience is a crucial factor in the success of any startups.

The key attraction of this framework is the ability to deliver truly-native and outstanding user experience. Startups can utilize this and catch the attention of their user base through high-quality UI components and native-like experiences.

In this jam-packed market where the majority of professionals are thinking to launch their own services, undertaking and marketing your idea is a grueling process. Startup not only needs to come up with a good idea, but they also need to deliver it fast with some promotional strategy.

When you choose a modern framework like React Native, it is easier focusing on marketing strategy rather worrying about development. It offers easy-to-use and reusable components that speed up the development process with the highest efficiency possible.

Already have an app on the native platform? Switching to React Native is easier

Have you already developed your apps on native platforms? Do you want to migrate to React Native? It’s easier than you think. It doesn’t require re-writing of your app and makes migration easier.

Stability of framework due to Facebook will bring more amazing features

This is again to be worthy of attention.

In the tech industry, changes are being applied very quickly and it is being treated as a concern for the future in terms of sustainability.

It is very important to choose a framework or tool which has acquired great scalability over the times. React Native is powered by Facebook and enjoys a dominant position in the list of one of the strongest communities across the world. In the upcoming time, we expect more robust features and the use of powerful concepts from this community that would surely attract developers and organizations worldwide.

What Are Your Thoughts?

Do you want to execute your idea using modern and enhanced technologies? React Native can reduce the cost and time that can be channelized into another part of app development such as marketing, development enhancement, and scaling strategy. It befits startups app development due to its cross-platform, rapid, and effective development approach.
We are one of the leading React Native app development company helping you build better and usable apps having customer-first mindsets. Our team of skilled professionals will help you right from the ideation to the implementation. We have helped many startups adopting the right strategy to stand out from the crowd?

Laravel vs Symfony: An Evaluation Of Two Popular PHP Frameworks