Python vs Java Comparison – Who Is The Better Of The Best In 2020?

In the plethora of programming languages ruling the IT globe, there are two names that are set against each other and are facing severe comparison – Python and Java.

There is much that has been said and written, experienced and implemented for both. Both have been trying their best to catch the top slot amongst programming languages for the year 2019. Though Java reigns on the top owing to its seniority and popularity, Python has shown great advancement over this period and is in stiff competition.

Here is a first glance at what Statista says: 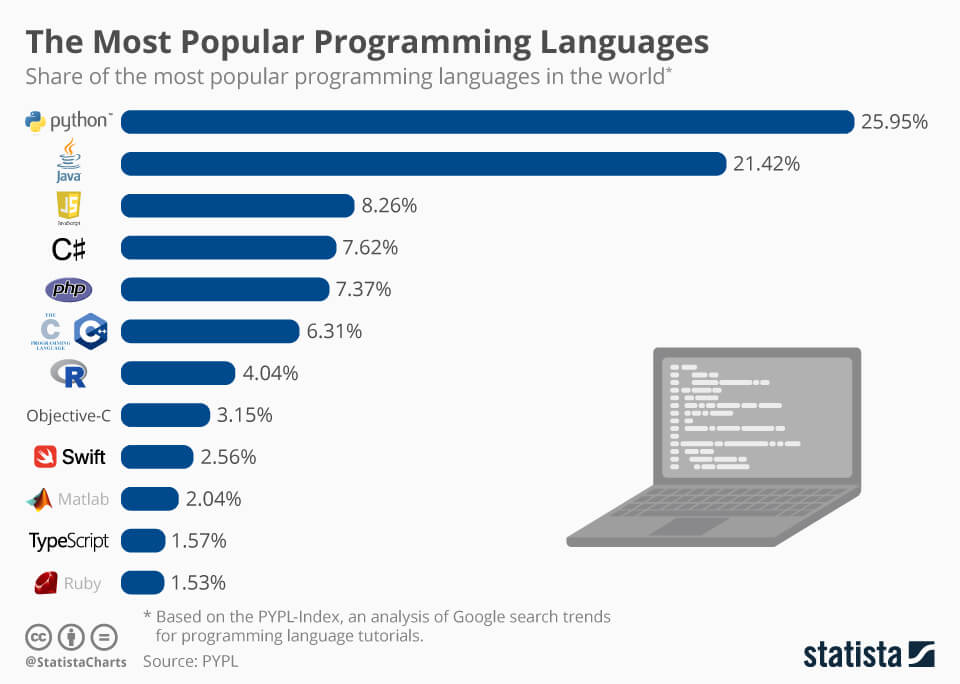 This is just a statistical reference, there is much more behind the doors of Python and Java. Let us go through the intricate details of both, to understand them better.

Both are good, both are efficient, both are popular – that means both are amongst the best.

The question that perplexes users is – “which is the better out of the best?”

“The joy of coding Python should be in seeing short, concise, readable classes that express a lot of action in a small amount of clear code — not in reams of trivial code that bores the reader to death.” – Guido van Rossum

“Java: write once, run away!” –Brucee

Both these programming languages have many things in common, yet they both display sure shot differences too.

Here are some common features they both carry:

Python vs Java: A Detailed Comparison On The Basis Of  Several Important Parameters

When To Choose Python?

Choose Python development when you are developing

When To Choose Java?

Choose Java when you are developing

As The Comparison Gets Interesting In The Year 2020

The year 2019 has already witnessed stiff comparison and competition between the two programming language stalwarts – Python and Java. Python has been trending high for the coming year too and showcases a lot of potentials to beat Java in the numero uno race. Java is also competent enough to save its place and maintain its supremacy through its Java app development services.

Though not as trendy as it once was, Java still holds the number one position. But Python’s growth rate has been exponential especially in developed countries. There are authentic sources who believe that Python may overtake Java soon. The major reason being Python is being contributed heavily to cutting-edge technologies like AI, IoT, data science, ML, etc. Let’s see! It will be interesting to see who surpasses whom! Whoever it is, the developers are surely in for a treat!